Imagine this scenario. You’re at home, cooking in your kitchen. As you reach into your cabinets to grab your favorite spices, you instead grab hold of a winged bat.

Yikes! A bat? Yes, a bat as in the small winged creature that one often associates with vampires and Dracula.

A Bat in the Kitchen Cabinet?

This actually happened this week in East Texas. According to news reports, after the woman almost touched the bat, she ran to her neighbor in the next apartment. The neighbor thought she was joking, thought it was fake until she saw it moving. That’s when they called 911 and let the authorities come and remove the bat from the kitchen cabinet.

Neither the woman nor her children were injured by the bat, but they were evacuated from the apartment. Unfortunately, the bat tested positive for rabies.

Authorities say the bat could have bitten the children and suggested they all get checked and get shots. They don’t know how long the bat was in their apartment or the kitchen cabinets.

However, representatives from the city’s health department say they don’t believe any resident came in contact with the bat. 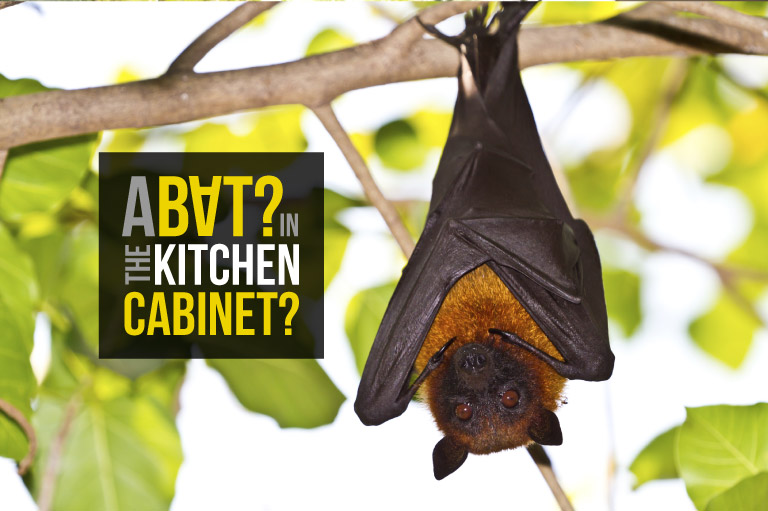 How the bat got into the kitchen cabinet is not known. Bats can enter a house or building through open doors and windows or through an opening as small as 3/8 of an inch.

Neighbors say it’s not unusual to see bats flying around trees at night outside their apartment complex, but they were surprised to learn of bats inside an apartment and inside a kitchen cabinet.

While bats can be very beneficial by eating insects and mosquitoes outside your home, they can also be dangerous as they carry diseases like rabies.

If you find bat in your kitchen cabinet or inside your home, the Humane Society has this advice for removing the bat in a safe and humane way. First, remain calm and keep children and pets away. Close interior doors and give the bat a way to get outside. If the bat doesn’t exit on his own, it is best to wait until he lands to try to catch him. Use thick leather gloves or a rolled up t-shirt to try to catch the bat. Once caught, release it near a tree.

As an online supplier of wholesale cabinets to contractors, we at CabinetCorp like to share all cabinet-related news with contractors and readers of this blog. Did you find this article helpful? Have you ever had to deal with bats in your home? What did you do? Comment below or reach out to us on any of our social channels. Want to share this article? We’ve got the tweet ready for you.

A #bat in her #kitchen #cabinet? This is cabinet news we had to share: http://t.co/xYJQXzhrUN #pests

Connect with us on:

Get the VIP Treatment

When you Become a Dealer with us, you actually receive our entire Sales Kit, which features 11 cabinet samples of our best-selling doors. You do, however, also have the freedom to order any additional cabinet samples at very low Dealer pricing.